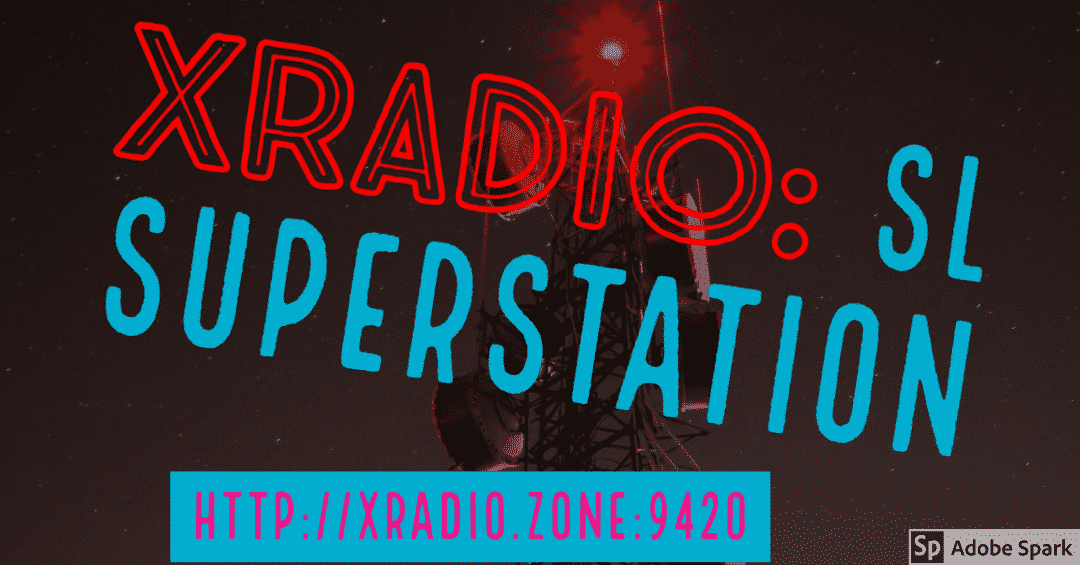 XRadio has had so much going on lately. We have been busy as a bee in Spring making the station, Second Life region and the website better. Along the way, we made some new friends and even picked up a couple more DJs. XRadio is regularly expanding its reach and growing into THE SECOND LIFE SUPERSTATION by picking up new affiliates all across the grid! Here are some of the most recent changes.

A new XRadio community social network was added to the website in recent changes. Named The Zone, this new addition aims to drive community interaction on the website by allowing XRadio fans and family to socialize more easily. It includes all of the features you’ve come to expect from any social network: like user profiles, groups, activity streams, notifications, and more. You can try it out at https://xradio.zone/activity.

XRadio is proud to be a sponsor of the upcoming Tempting Gachas Sales Event. As a sponsor, XRadio will run ads for the event on the stream regularly until the event is over. In addition, we will be bringing the XRadio Roadshow with DJ Ennie, DJ Siouxie and DJ Jude to the event on Monday June 8th from 4PM until 10PM! Six Hours of LIVE DJs simulcast live from the event on XRadio!

Unfortunately, the amazing partnership we had made with Dellamore Family Fun Center has come to an end. DFFC and the entire Dellamore Point region has closed. That means, XRadio had to find a new base of operations since our main office was on the SIM and since most of our DJs performed their regular sets there. In response to the situation, XRadio has decided to re-open the XRadio.Zone HQ SIM… including Club Aquarius!

That’s right! XRadio’s very own “Club on the Freakin’ Moon” is re-launching on Saturday, June 6th, 2020 at Noon SLT! In addition, the entire Saturday slate of XRadio DJs will be coming to you LIVE and DIRECT every Saturday from Club Aquarius. Make sure you join us for the Big Relaunch! Come party on the Moon with XRadio!

But don’t just stop at Club Aquarius, make sure you check out the rest of the redesigned XRadioHQ SIM. Jude and Siouxie have both been hard at work working to make a great HQ for XRadio! The new studio is ready, as well as the NEW XRadio “poster shop” called The Anti-Establishment. There are over thirty different band, concert and album posters for sale, covering multiple genres. These include rock, rap, rave music and remixes, as well as more. There are also quite a few original creations by Jude himself. In addition, there is a lucky chair, a chill area, vending machines for free weed and Coca-Cola, as well a vending machines for band T-shirts and more.

The SkyCafe is a coffee shop in the top of the SkyTower that sits over the shop. While there, make sure you grab a FREE map of the Mainland! Grab a free cup of coffee or fork out a few bucks for a specialty coffee drink at the coffee bar. Then, check out the awesome views of the Mainland and the SIM below.

Don’t forget to grab the FREE Stay at Home Club gift near the landing point!

Check out The Establishment inworld or on the Second Life Marketplace.

The most awesome part of the redesigned SIM isn’t the studio or the club, though. It isn’t the new shop, either. Clearly it’s the SkyCafe, right?

Wrong. The absolute most awesome part of the new SIM is the new Minecraft-themed area known as X-Craft. From the Landing point outside the studio, simply enter the Nether Portal and into the world of blocks. There’s two big homes there, a farm, a mushroom biome, two mountains biomes and even a DJ stage to host parties. Beware of the mobs though… you never know what silent threat is lurking behind!

XRadio is constantly growing. We thank all the new listeners that we have been getting in the past couple of months. Because of you, May gave XRadio it’s highest listenership growth since we began streaming nearly a year ago. Thank you. We appreciate you and would love to hear from you via our Facebook page or in our Discord server. Feel free to drop in anytime.